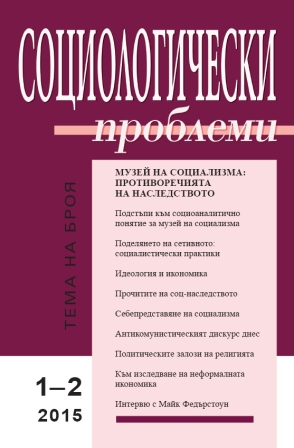 Summary/Abstract: In this article, I examine the rhetorical mechanisms functioning within the scientific practices of the production of a politically efficient Truth about communism. My main argument is that there is no such thing as a “totalitarian paradigm”, but rather a totalitarian inclination. My focus of interest is how, despite the impossibility of internal systematization, it is possible for anti-communist interpretations (those interpretations that think via the category of totalitarianism and try to articulate a moral “judgment”), to appear as a totality. The totalitarian inclination can projects coherence only secondarily, i.e., by the very assertion that there is a communist “essence” that could be understood as “evil”. This “essence” might function efficiently only if it remains empty enough in order to be able to homogenize internal heterogeneities. In my article, I also problematize certain moments in the revisionist critiques of the totalitarian “paradigm”. My argument here is that revisionists risk totalizing something that is far too fragmentary and unsystematic. In other words, revisionists might miss the rhetorical mechanisms of the totalization of the anti-communist scientific practice and thereby underestimate their capacity to produce truth. Such truth, as I show in the end of my article, might function subversively.