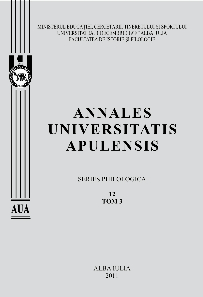 Summary/Abstract: The reception of the foreign delegates has been a very important moment in the political life of the Romanian Countries which is the reason why the Romanian Princes gave it a special attention. The gestures, the apparel, the attitudes, the linguistic formulas etc. have constituted an important part of the Court ceremonial, otherwise, unfolding as a public presentation. These details have been noticed and judged by the foreign travelers, in direct mission or passing through the Romanian space. This study reveals, starting from the foreign travelers’ writings, the aspects of the foreign delegates reception ceremonial, which we identify with the means of impressing the audience, but also with the instruments of communicating “information” about the culture and civilization of those implicated in this diplomatic act. Subordinated to persuasion or only to the sincere need of “dialogue” with Europe, the ceremonial became “the visit card” for the Romanian public power, on which there where “mentioned”, on one hand the authority of the Prince and the social obedience, the cultural traditions with ethnic value, the fidelity of the prince and the importance of the countries in the European states’ political plan; on the other hand, the knowledge about the Occidental culture and the junction to the Western civilization through manners, things, readings and entertainment. Therefore, we consider that through the preparation and the developing the Court ceremonial, it also aimed at influencing the decisions of the European Courts and at an approach under the form of “cultural and civilization dialogue”.