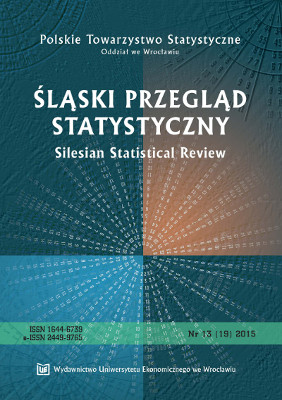 Summary/Abstract: People live longer. Social insurance pensions are low and may be insufficient to survive with dignity. Therefore, new products appear on the market, which creates a possibility of obtaining additional financial resources. One of such products is called a reverse annuity contract. When the property owners are couples, an important issue is enabling the marriage reverse annuity contract when both spouses are alive, and then when one of them dies. The aim of this article is a comparative analysis of the amount of the marriage reverse annuity contract benefits in the countries of the European Union. In particular to determine the range of the size of annuity payments. For analysis of the amount of annuity benefits, countries in which the expected future life expectancy of men and women were the shortest and the longest a fixed age group of spouses was selected. In addition, the amount of annuities was analyzed in the countries where the absolute difference between the duration of the life of the spouses is the smallest and the largest. Poland is the country in which the expected future life expectancy of women and men, and the difference between these values is typical. Therefore, Poland was included in the analysis. In order to simplify the calculations, the matrix representation of formulas for annuity benefits is used. The analysis is based on Life Tables from the year 2009. All calculations were made using own interfaces written in MATLAB.