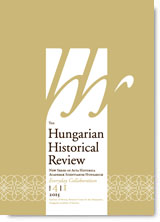 Summary/Abstract: Today a good deal of scholarly work has been published the authors of which use, as their primary sources, the documents that were created by the state security services of the communist dictatorships of East Central Europe. These documents reveal a great deal concerning the primary characteristics of the mechanisms of state security and, more specifically, the network of agents. Most of the inquiries that have been published so far have been of a moralizing nature, in that they seem to have been motivated at least in part by the desire to pass judgment on those who cooperated in an organized way with the state security services of the dictatorial states or, in some cases, to find justifications for the conduct of the people involved by offering explanations according to which they were compelled to collaborate. I have set a very different goal in this article. I examine how the people in the network interpreted their cooperation with the state. I draw on recollections that were written not after the fall of the Kádár regime, but rather in its early stages. These texts offer different perspectives on the identity of the agent and shed some light on how the collaborator him or herself understood his or her acts of collaboration with the dictatorship.