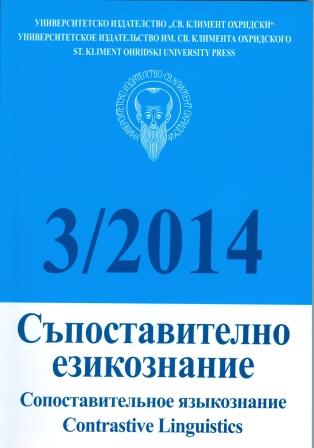 Summary/Abstract: The paper deals with friendship and family values expressed in Bulgarian and English advertisements through various representations of the world. It shows different ways of exploiting and categorizing emotions, feelings and beliefs in Bulgarian, British and American cultures. The cultural concept of friend and its ‘equivalents’ in both languages can be interpreted in a number of ways depending on the global knowledge patterns of the social group the recipient belongs to or on the recipient’s own map of the world they live in as regards these values. While friendship and family are human universals, their semantic features vary with different languages and cultures because of text producer’s and text receiver’s axis of orientation related to their knowledge of the world.