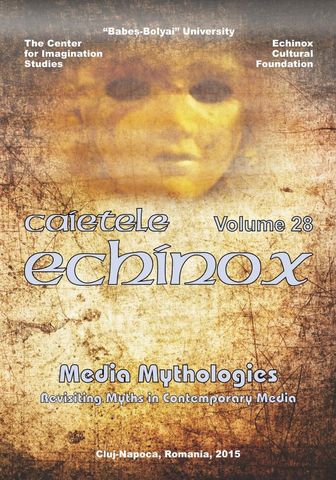 Summary/Abstract: This article studies some aspects of mythmaking in the Chris Marker’s documentary Sunless. We focus mainly on cross-cultural references and semiotic features which enable us to take different angles in our analysis. Some theoretical prerequisites capture the concept of hypermodern global media as the key concept for approaches like Marker’s documentaries. As a cult author in the field, Chris Marker goes beyond the usual patterns in directing and editing documentaries and develops a personal philosophy of visual essay and travelogues. Posing social problems such as time, history, war, poverty, happiness and so on, he tries to capture a genuine intuition on personal and collective memory and its imagistic construction; hence, his peculiar mode of film editing and the social issues developed in his works. We undertake an inquiry into his prospects within a philosophical (Heidegger, Bergson), anthropological (Lipovetsky, McLuhan, Baudrillard) and semiotic (Peirce) framework, and also briefly refer to contemporary filmmakers (Tarkovsky, Godard, Fassbinder, Kubrick, Fricke, Nolan, Jarmusch, Allen, Malick) and some of their works in the field.