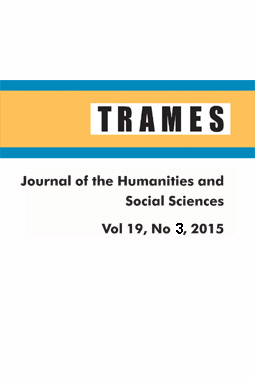 Summary/Abstract: This study concentrates on one of the most drastic changes in Estonian language policy since the country regained its independence – the change in the language of instruction in Russian-medium schools. The Estonian example is rather unique internationally since the minority group can choose different languages of instruction for schooling. We focus on students’ ethno-cultural self-descriptions as one indicator for studying the change in the language of instruction. We use the online interview method as an empirical basis; the sample consists of graduates from upper-secondary schools/classes with various languages of instruction (Estonian, Russian, language immersion) situated in various regions of Estonia (monolingual vs bilingual everyday setting; n = 14). The results of the analysis reveal the relationships between ethno-cultural self-descriptions and attitudes to the changes in the language of instruction. The ethno-cultural self-descriptions in turn are expressed in terms of general social affiliation (media habits, future plans and affiliation with Estonia). We conclude that the transition to Estonian-language instruction has failed in terms of communication, since a focus on instrumental rather than ethno-cultural issues can lead to the weak social affiliation of individual students.