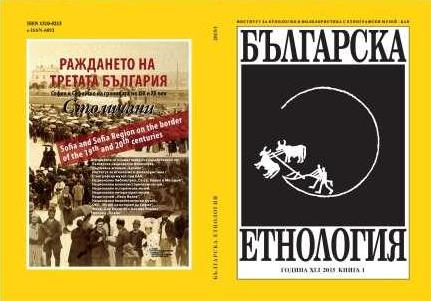 Summary/Abstract: The article aims to explore the cultural memory in a very diverse and challenging border region, the tripoint between the current republics of Macedonia, Bulgaria and Serbia, as well as to examine its development and sustainability under the pressure of the new political systems and agendas, taking place in the three countries. The issues will be studied in the light of a legend which was distributed throughout this once culturally uniform territory – the legend about the brotherhood between St. Joachim of Osogovo, St. Gabriel of Lesnovo, St. John of Rila and St. Prohor of Pchin. All four of them are currently part of the narrative of the respective countries, being subject of strategies for cultural and political domination and having their implications on the border regions. But when and why does this change started and does the legend still function within the respective societies, under what circumstances and what does it represent? Contextualised by the patron saint’s day of the monastery named after St. Joachim of Osogovo, the legend could be still found in a latent and somehow rudimental form. United by the experience of the pilgrimage and by the holiday itself people would create communal experience, despite the political differences, and would re-negotiate the historical and political status on the very border.