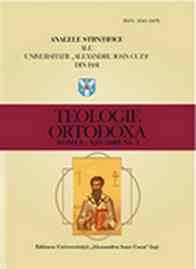 Summary/Abstract: The feminist theology appeared initially as a reaction to the presumed Christianity’s patriarchal character. While some feminist theologians tried to find solutions to reform Christianity, others – the radical ones – have created a new religion with its own divinity, doctrine and ethics. First, our purpose is to outline the directions followed by the radical feminists from protest to a new deity, generally called the Goddess, and from theology, regarded as a discourse concerning a masculine God, to thealogy, a discourse concerning a feminine deity. Second, we want to highlight the different ways in which the followers perceive this new deity supposed to be an alternative to the Christian God considered inadequate for the self-development of the contemporary woman. Finally, we point out the antichristian character that animates the construction of this new deity, created “after the image and likeness of man”.