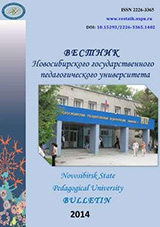 Summary/Abstract: This paper will look at international relations in the Napoleonic era from a perspective which is both long in time and global in breadth. It will also interpret the words ‘international relations’ rather freely, investigating not just diplomacy and inter-state relations but also war-fare and the sources of power in this era. Such broad perspectives have clear advantages. Comparative approaches can open up new issues and interpretations. They can also challenge the assumptions and enrich the debates among specialists in any historical field. Since most his-tory-writing – and the history of war in particular - is still national and sometimes even nation-alist, global perspectives and international comparisons are doubly useful. Attempting to deter-mine what were the key issues and fundamental trends within a mass of detail is essential to the telling and understanding of history. Like all approaches, however, the broad sweep has its problems. Even the best comparisons can never replace detailed local knowledge based on mastery of the sources. Global perspectives can be little more than vapid bows to contemporary fashion. They can also feed into an inevitable danger when writing history in the longue duree, which is to read the present back into the past and to impose master narratives which legitimize contemporary assumptions and ideologies. The great point, in my opinion, is for the historian to be aware and explicit about these dangers. The Napoleonic wars occurred in the middle of what historians often call the era of revo-lutions [1]. Though precise boundaries differ, this era is generally taken to include the French and (usually) American revolutions on the one hand, and the ‘First’ Industrial Revolution on the other. Together these revolutions are seen to have created the foundations of modernity: in oth-er words liberal capitalism, liberal-democratic ideology and the literate, urbanized, wealthy mass societies which are taken to be its most favorable setting. To put things crudely, the era of revolutions has generally been seen as the dividing-line between the early modern and modern ages. The question therefore more or less asks itself whether the spectacular turn taken by in-ternational relations – and in particular by warfare – in the age of Napoleon represents itself a decisive shift towards modernity and break with the past. A basic argument in this paper is that while major changes did occur in international relations and especially in warfare, on the whole the elements of continuity were greater than those of change. A further conclusion of this chapter is that although in the long term the forces unleashed by the French and Industrial rev-olutions were of immense power and destroyed Europe’s old regime , one should nevertheless not underestimate either the strength or sometimes the intelligence with which the old regime confronted these forces in the Napoleonic era [2–5].