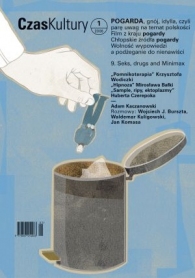 Summary/Abstract: Negatively received in Polish society, the word "Jew" in the sphere of power takes on additional significance. The boundary between "us" and "strangers" is hidden but constantly present in this almost homogeneous nation. It takes away from poeple of different origin the opportunity to represent the Poles. Based on the lack of public confidence in the people with Jewish roots, anti-Semitism has become a convenient tool in the hands of Polish politiciansamongst other things, in presidential campaigns. All previous presidential campaigns, which took place after establishing the truly democratic elections after 1989, were marked by anti-Semitism. Freedom of elections brought also freedom of expression, eagerly used by candidates for the president of Poland and revealed by the Polish media. The author examines in details the anti-Semitic speeches of Lech Walesa. It describes two different reactions of other candidates for president: Tadeusz Mazowiecki and Aleksander Kwasniewski, who, in turn, were also “accused” to being Jewish. The fact that Polish politicians use anti-Semitism as a weapon in political fight, is, due to the author, a violation of privacy. On the other hand – it is impossible to tell if it has reflected in decisions on the election of Polish citizens, since no-one of the candidates openly showing anti-Semitism has earned prominent public support.