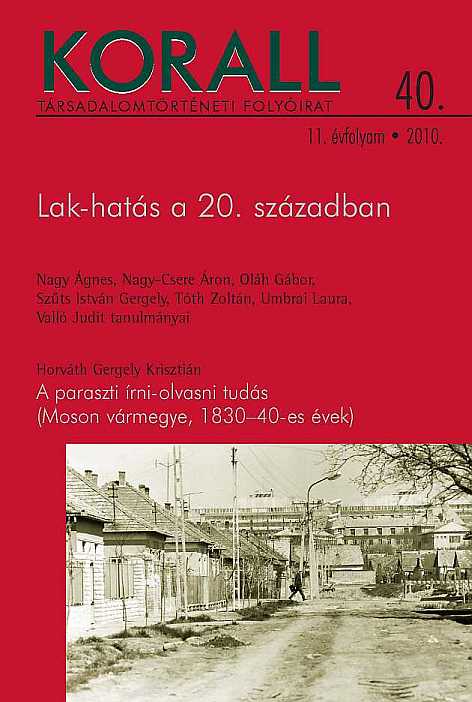 Summary/Abstract: Prior to the Second World War, Budapest had already been struggling to solve the housing problem for half a century. The perpetual shortage of flats eventually forced the authorities to respond, and as a result over 20 000 small flats were built in Budapest under their auspices by the end of the war. However, the war hindered the active contribution of authorities, and the large enterprises were replaced by less costly transitional solutions. At this point, the leadership of Budapest decided to transform already existing attic spaces into flats. This policy change was significant, not only because the number of new available flats increased, but also because the metropolitan model was soon followed by private entrepreneurs. As a result of the war, Budapest authorities also had to secure air-raid shelters for all the buildings held by the city. In addition, the ravages of war did not spare small flats and many completely perished. These were rebuilt either by returning residents after the war or by new residents who applied for a licence for self-funded reconstruction of the damaged properties in return for tenure.