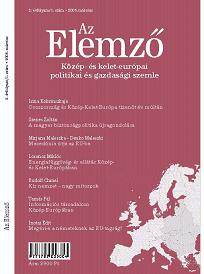 Summary/Abstract: In the fifteen years that have passed since the collapse of COMECON, the Warsaw Pact and the Soviet Union, important changes have taken place in Russia’s relationship with the countries of Central Eastern Europe (CEE). These changes are connected primarily to Russia’s economic and socio-political transformation. Secondarily, they are associated with a movement within the CEE region itself – a sort of “reformatting”. Thirdly, they are due to increasing international integration and globalization. The idea that Russia behaves toward the region in an “imperial” or “neo-imperial” way is something that can still be heard now, just as much as in the early 90s. One hears it from foreign experts, and even some liberal-leaning Russian experts. The Russian factor in Central and Eastern Europe is first of all considered a threat.[...]