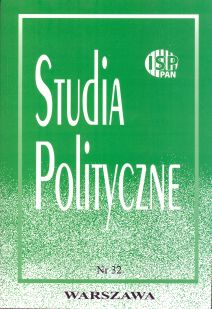 Summary/Abstract: The author scrutinises relations between the science of public policy and political science. The starting point for these considerations is provided by the decision of the Minister for Science and Higher Education which made the science of public policy a separate discipline of social science. The political scientists who participated in the 2nd National Political Science Congress in Poznan from 19th to 21st September regarded this decision as. unwarranted The author points to the beginnings of the science of public policy and its sources, which are embedded in political science. He also makes reference to Harold Lasswell, who is regarded as the father of the science of public policy. It was he who, in the nineteen forties and fifties, singled it out both as regards its subject matter and in terms of its specific tools and research procedures. Both sciences remain closely integrated; however, they have been evolving separately for decades. This can be seen, in particular, in the Anglo-Saxon countries, which are the motherland of this discipline. This process reflected the growing complexity of collective problems which required a separate body of knowledge and analytical methods.