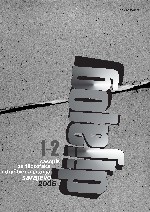 Summary/Abstract: This article is a polemical contribution to the study of the terminology of mediaeval Bosnia, which is one of the “less well researched aspects of mediaeval Bosnia.”. This scientific research lacuna has contributed to the fact that some terms dating from mediaeval Bosnia are used uncritically, and even at time accorded “mythological and magical meaning,” which has the result, particularly on the part of certain Bosniac historians, of claiming an “unbroken continuity between the mediaeval Bošnjani and the Ottoman Bošnjaks (Bosniacs)”. This applies in particular to the adjectival certainty “dobri Bošnjanin” the content of which, in this view, relates to “mediaeval Bošnjani as a ethos in its entirety.” The article refers to several sources and uses appropriate historical analogies in an attempt to demonstrate that the meaning of the adjectival syntagma “dobri Bošnjanin does not feature in any historical document as an ethnic category, but invariably in its broad sense as a social and ethical category.”