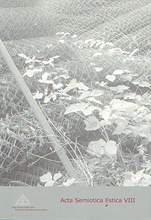 Summary/Abstract: Culture mediation today follows different ways of communication. There is a long tradition of comparing European cultures, but that material was not often studied in semiotics. In my paper I discuss one of the earliest and most interesting books on that topic. The famous political essayist and writer John Barclay (1582–1621), born to a Scottish teacher of law and a French mother, was an English nobleman, who spent most of his life on the Continent, writing exclusively in elegant Latin on European state affairs and social life. His first important book was the "Satyricon" (1603), a picaresque novel in three parts, mirroring everyday life. The next book "Icon Animorum" (London 1614) was understood by the contemporary European public as the fourth book of the "Satyricon", presenting its theoretical summary. After a dedication to the French king, there are two chapters of introduction (on the four ages of man, on genius seculorum et regionum) and seven descriptive chapters according to states and peoples (Gallia, the English, Scots and Irishmen, Germans and Belgians, Italians, the Spanish, Hungarians, Poles and Muscovites, the Turks and Jews). Then seven synthetic chapters follow, about mental capacities, characterology, types of power and rulers, men in the service of courts, magistrates and patrons, divine experience and religious leaders. No explanatory notes, maps or illustrations are included. In the later (German) editions of the book exhaustive commentaries have been added. Barclay’s book is an excellent source for the historical culture mediation. Especially the third topic in the book – description of a dozen European peoples – offers good material for comparative semiotics. It will be analysed in the framework of later characteristics of the European peoples/cultures.