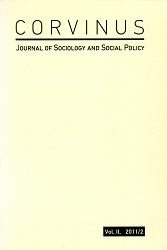 Summary/Abstract: FIDESZ, as an outlawed protest movement of the Kádár era, has preserved their specific type of “outlawed and clandestine” political tradition and identity. A strong anti-communism, a popular mobilizing strategy and an atmosphere of hatred towards the agents of Hungary’s communist past remained within the political culture of the party from the suppressed underground movement. The political generation of leading activists, including current Prime Minister Viktor Orbán, has been socialized in the “underground” of the eighties. The experience of “being outlawed” under the Communist system has had longlasting effects on them. The “myths”, symbols, and “fights” of the suppressed protest movements keep themselves alive in the new political culture in the present goals and strategies of FIDESZ-MPP. The former protest movement transformed itself into a minority party with liberal affiliations in the new parliament of 1990. However, as the Hungarian Liberal Party (SZDSZ) moved into a governing alliance with the successor to the Communist party, FIDESZ moved to the right, becoming its leading force. Competition between five centre-right parties led to FIDESZ’s control as the leader of a centre-right government (1998-2002). While the socialists (MSZP) and liberals (SZDSZ) became governing forces twice (2002- 2010), FIDESZ became a mobilizing populist party, gaining hegemony within the parliamentary and extra-parliamentary opposition. The economic and financial crisis assisted FIDESZ in mobilizing protest, leading the FIDESZ-KDNP alliance to a two–thirds majority victory in the 2010 elections.