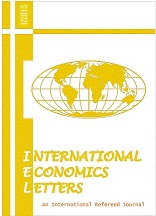 Summary/Abstract: This paper is dealing with the economic analysis of the consequences of three selected doomsday scenarios that were to take place on the 21st of December 2012. Although most of the devastating scenarios are not of any interest for the economists, since the complete extinction of human race would not leave any subjects for observation and studying, we were able to identify three major scenarios: a) collision with the parallel universe and opening of passages or wormholes, b) discovery of telepathic abilities in humans, and c) unleashing the power of psychokinesis in humans. All three scenarios are analyzed and their implications are described for the world economic relations and global trade.