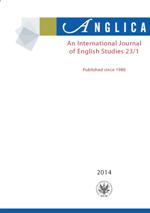 Summary/Abstract: The paper discusses one of the latest revisions of Doctor Jekyll’s dark side, Mr Hyde, as depicted in a graphic novel by Cole Haddon and M.S. Corley The Strange Case of Mr. Hyde. The text is a sequel to Stevenson’s novella and sets his character in 1888 during Jack the Ripper’s autumn of terror. What makes it stand out among other adaptations and appropriations is the combination of a Victorian and a modern villain – Edward Hyde and Hannibal Lecter, as well as giving voice to a Victorian police detective – a character that was ignored by the majority of nineteenth-century writers.