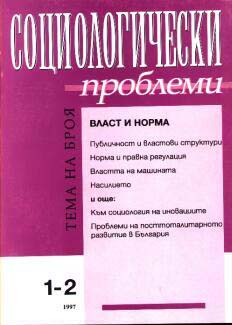 Summary/Abstract: On later stages of his concept development Piaget stepped back from his original "object/ subject" conceptual framework for research (characterized by the notion of Psychology as a study of the individual always in relation to his/ her social milieu) and focused mainly on the study of the individual alone. Therefore, social reality is explained in his later works by an introduction of psychological mechanisms of the individual. Plaget's telse premises brought him to the notion of socialisation as external pressure of the social reality over the child and replacement of individual traits of child thinking and behaviour with the influence of alien and threatening social reality that starts influencing the child intellect on a later stage of development — the stage of concrete operations. This determines his underestimation of the role of language in the process of intellectual development. For Piaget language only plays the role of catalyst and enhances the formation of rational structures, while the source for development lies outside the language itsellf.