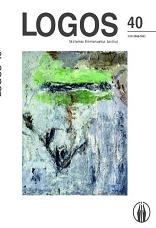 Summary/Abstract: According to the historian of science Thomas S. Kuhn, the development of science is not a cumulative process of growing knowledge; rather it is something that has alternating normal and revolutionary phases. The establisment of the normal phase in science depends on the paradigm: universally recognised scientific achievements that provide a community of scientists with a model of problems and their solutions. The establishment of such paradigms can be considered as the rise of the scientific schools. Kuhn describes phase of normal science as "puzzle-solving". Some similarity can be found in the history of philosophy. Husserl's idea of intentionality can be considered as a proposal of the new paradigm enabling the solving of the classic puzzle of the adaequatio intellectus et rei. The main difficulty in solving this puzzle is the question about the temporality of consciousness: is the time of the intentionality itself the same as the time of the intended object? Husserl did not succeed in finding an answer to this question. This situation is similar to the crisis of the paradigm of intentionality. Levinas' philosophy may be considered as a "paradigm shift". The new paradigm, however, is not a new frame which enables successful puzzle-solving; it acquires a more practical character which Levinas calls ethics. Yet Levinas' ethics is not a kind of "theory of morality". Rather, it is a new strategy of perception. The model of this strategy is no longer a "sight" but a "touch".