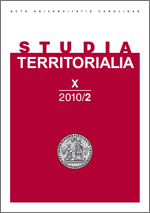 Summary/Abstract: Drawing on the analysis of primary sources, this article aims to describe how Communist party cells operated inside state companies. The article is based on two case studies (one company in Czechoslovakia and one company in the GDR). It argues that contrary to a common misperception party cells existed as an integral part of companies. The author sheds a light on daily interaction between party officials and the rest of the company, including its management and trade union members. Finally, the article purports that there were profound differences between the two countries: Although the German Communist party exercised a much tighter control over state companies than its Czechoslovakian sister, it paradoxically was less successful in influencing day-to-day affairs of companies than was the case in Czechoslovakia.