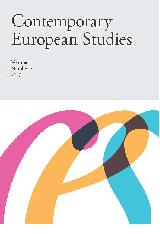 Summary/Abstract: Th e article analyzes a series of economic and political disputes between Russia and Belarus in the recent decade. Th e author lays out a three-tier framework of political bargaining, comprising structural, situational and personal factors, adjusted for the realities of the post-Soviet political regimes. Based on the review of the fi ve so-called ‘wars’ between the two countries, the author concludes that the Belarusian leadership has learned to balance out its structural economic disadvantages vis-à-vis Russia by manipulating favorable situational factors and resorting to aggressive personal decision making.