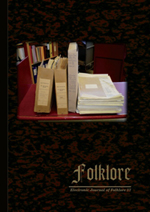 Summary/Abstract: This paper seeks to explore the relationship between gender and political narratives by drawing on autobiographical memoirs generated by way of a collection project called Politics and Power Games, which was organised by the Folklore Archives of the Finnish Literature Society in 2006–2007. The materials stored in the memory institution with a long history of collecting cultural heritage open up a terrain for experiences of political culture and traces of gendered political heritage as occurring in ordinary people’s minds and narratives. By highlighting experiences of gender-based political culture, the article aims to show the importance of collecting and archiving political narratives as part of history culture and heritage. When writing to an archive, narrators participate in a dialogue not only between the present and the past but also between the personal and the public sphere.