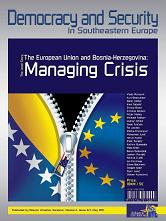 Summary/Abstract: Revolution, as a rule, calls for international intervention. The People’s Spring in 1848 in the Habsburg Monarchy was ended through military intervention by Russian Tsar Nikolai I, which earned him the nickname “the policeman of Europe”. The Prague Spring, in Czechoslovakia in 1968, ended with the rush of Soviet tanks. Saudi Arabia was quick to send its army to end the rebellion in neighboring Bahrain recently, but it was more hesitant when it came to providing military support to Yemeni president Ali Abdullah Saleh. Rebellion in Libya has seen military intervention by the West, in this case to help the rebels. Every era, it seems, has its own policemen.