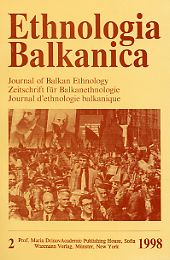 Summary/Abstract: The paper presents the vision of Yugoslav unity advocated by Jovan Cvijić during the First World War and the peace treaties which followed immediately. The discourse differs somewhat when it addresses the Southern Slavs themselves and when it is meant to influence public opinion abroad. In the 1930s, his disciple Jovan Erdeljanović advocated a similar point of view in a politically different context.