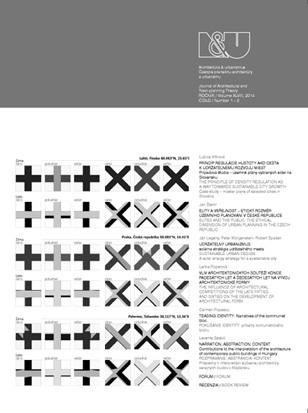 Summary/Abstract: IDENTITY PREDICAMENTS – IN GENERAL AND IN THE FORMER COMMUNIST BLOC Identity is a matter of both reflection and representation.In the first circumstance, it is assumed to draw an accurate, trustworthy portrait, while in the second it is called upon to create a meaningful, powerful image. But what kind of portrait? Should it follow the most striking features or should it dig for the intimate essence? And what kind of iconic image? A narrative or an abstract one? Identity is not a uniform concept – its multiple layers and vectors are engendered and activated by different attitudes and different motivations. Who is the creator and who is the commissioner? What is the actual role they play in designating the object of identity and defining its image? Since identity has started to be both a motif and a constant preoccupation for architecture – and I would argue that this is related with the emergence of modernity as a (generalized) attitude – these questions have come to haunt the architectural imagination. When projected on the architecture(s) of the former communist bloc, the multifaceted structure of identity issues acquires even greater complexity. In spite of the connotations of the word, Eastern Europe did not form a homogenous “bloc” during the years of the communist regime. It is true that the tight Soviet control implied a certain unification of the area, but this external imposition did not succeed in entirely erasing the differences existing between these countries before their “satellization” nor in preventing their different reactions to this imposed politics. In the realm of architecture, it is true that these differences existing before the war were obscured by the thorough Stalinization of all levels of society, yet this development was only brief – and, as shown below, superficial. In this short interval, Socialist Realism came to embody, across almost all the territory behind the Iron Curtain, the common identity of the new, fervently proclaimed world. Yet when this interval ended, in spite of what might have perceived from the West as an image of uniformity, based on the image of endless, monotonous mass-housing developments, different forms of individual identity reemerged in the architectures of the bloc. Most of the architects in the region were pursuing paths already explored in terms of identity issues before 1945, while renewing (and adapting) their discourse and architectural expression to the new realities. If the external expression changed . . . remained more or less the same, while the motivation increased under the stimulation and pressure of the newly enthroned ideology in search of an image to speak for it. This complex situation constitutes, as a matter of fact, an important reason to tackle such a concept as identity in a context that obviously was less homogenous than is usually believed. In spite of this quest for representation, it is not always easy to decipher the threads of identity narratives