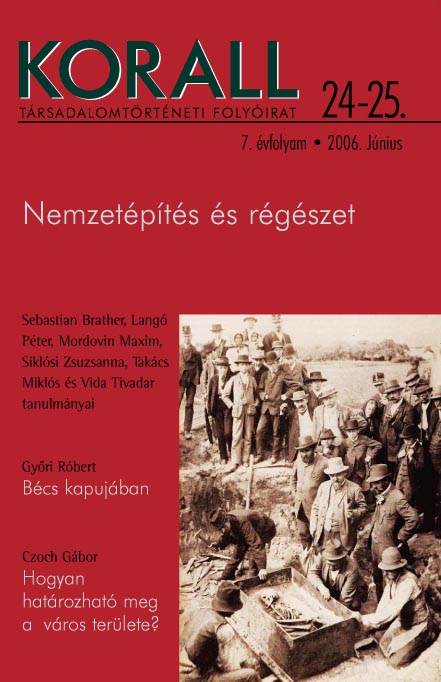 Summary/Abstract: The study of the archaeological fi ndings of the 10th century Carpathian Basin asnational archaeology.Ethnogenesis had a defi nitive effect on the evolution of Hungarian historicalconsciousness, too. The assessment of the foundation of the state, the Magyarconquest and the events of the preceding period was often linked to mattersof daily politics. Obviously, these links were bi-directional: ideological trendsaff ected scientific theories while drawing on them as well. The paper reviews the issue from the point of view of archeology, presenting the main theories, thecauses for their evolution and the eff ects of the main trend on subsequent archeologicalresearch. Retracing the process of archeology becoming a professionalscience, we review the history of research from the recognition of the remnantsof the Magyar conquest. The final chapter dwells upon the eff ects of modernand post-modern (post-processual) theories, the relationship between academic science and the nationalistic ideas of the late 20th century and the modern trendsof research.