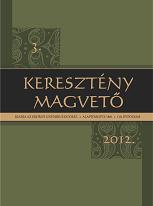 Summary/Abstract: Notes on the Religious Policy of the Báthorys in the 1580s. Eff orts to Constrain the Protestant Religious Practice (1579–1581) The Transylvanian Protestant historical tradition judges István and Kristóf Báthory diff erently. While the fi rst is seen as the incorporation of martial virtues, the latter is seen as the prince of peace. Th e Lutheran and Calvinist denominations essentially appreciated both of them. In contrast, the reproach of the Antirtinitarians was essentially negative towards the Báthorys, though due to his theological views Kristóf was mildly less negatively appreciated than István. This has political reason. In 1581, aft er Kristóf ’s death, the recruitment of the Jesuits was accelerated, as well the confl icts between the diff erent denominations and the debates about the form of government. Th is explains the fact that even though it was Kristóf Báthory who conducted the trial of Francis David, and brought the Jesuits into the country, the major part of the Protestant tradition associates him with that period of Transylvanian history when there was a constellation of governmental and foreign policy stability, and relative peace between the denominations.