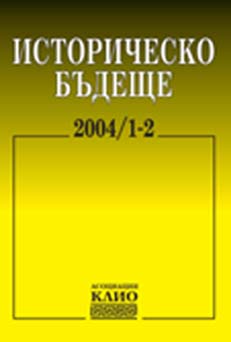 Summary/Abstract: The daily life of the first crusaders in the Balkans in the broadest sense of the word can be defined as life on the road, as a struggle for existence and survival between a state of war and peace. It was filled with suffering and little human joys and was a challenge before people who had little life experience beyond their homes, families and native lands. In the narrow sense of the word, the daily life of the crusaders passed under the sign of ordinary human activities, which included eating, different models of conduct, superstitions and prejudices, camping and social pleasures. The life of the aristocrats was more brilliant and lavish as they did not give up their feudal customs of falcon hunting, fishing, jousting and other entertainment, including receptions in the Byzantine court. Although the Balkan Peninsula was a culinary Eden for many of the poor knights they frequently suffered from fever and dysentery, died on the road and were left on the spot or buried according to their rank. Some of them found their death in the field of battle while others were taken prisoner and remained in these lands, becoming part of the daily life, picturesque features and the fate of the local people. That is why the question of what crusaders and their daily life on the Balkans were could be answered with the words of the wise philosopher. In a 13th century novella (Acta romana) the answer to the question of the king as to what man is the answer is that “he [man] is a slave of death, a guest in space, a vagrant on the road… He is a vagrant on the road because, regardless of whether he is sleeping or awake, eating or drinking, or doing something else, man is always on his way to death.”