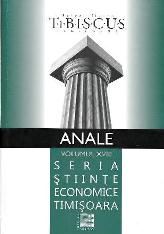 Summary/Abstract: The process of European integration imposes the legal internal co-ordination of the Member States, which, by analysis, majors the legal framework of development of the private initiative under the form of companies. The importance of the domain remains outlined by the necessity of protection of their own and third parties' interests. Such aspects disclose the European idea, stipulated nowadays by the Directive 2009/101/EC, according to which all legal systems of Member States must facilitate the access to information regarding the companies, at all moment of their existence, by means of disclosure, concomitantly with the insurance of the stability and security of internal and international affairs relationships, governed by the legal norm, in such manner that, for the security of the third parties, it shall restrict normatively the grounds of invalidity of the companies and the consequences of such sanction as well.