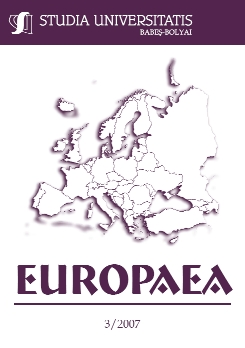 Summary/Abstract: Dominant discourses about “being a Hungarian in Romania” usually claims ethnicity to be a central, “overarching” category of minority identity. Hungarians usually appear in the public sphere as mere agents of nation-building processes, deeply involved in shaping their ethicized social places like Hungarian schools, Hungarian university, Hungarian NGOs in order to discern themselves from the Romanian society. Although in minority mass-media a special attention is given to political and ideological struggles about ethnicity or nation, these representations hide other types of socio-cultural differences like local identity, class or gender. By analyzing the life-story of a middle-aged Hungarian woman from Baciu, a quite large village near Cluj-Napoca, I’d like to go beyond these discourses. In doing so I let one member of the Hungarian minority group speak in her own voice, free to construct and narrate her life for the anthropologists who enter the gate of her house.