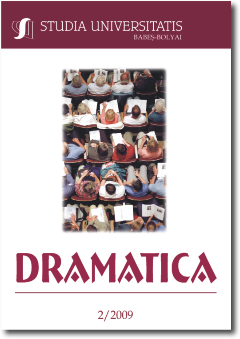 Summary/Abstract: In a story by Franz Kafka, a caged man endures hunger as a public spectacle, an act of self-starvation antithetical to life. The attraction lies in taking life to the precipice of extinction. In witnessing the diminishing of vitality to its vanishing point, the value of life itself is somehow affirmed for the spectator. Echoes of Kafka can be found in the late art of Tadeusz Kantor whose aesthetic of “poor reality” underwent a radical transformation. As the ageing artist approached death he began to use himself as his own “found object”. Where Kafka martyred himself in his writing, Kantor became a version of Kafka’s “Hunger Artist” and put the condition of his encroaching death on display. In his painting he returned to figuration in a series of self-portraits, and his presence in his theatre changed from that of demiurge-creator to participant-victim. This essay uses the metaphysics of Heidegger and Agamben to examine this turn in Kantor’s aesthetic in his series of late paintings and theatrical works between 1985 and his death in 1990. Common to this late work is the motif of the “poor room of the imagination”, a metaphysical space in which the artist rehearses both a yearning for life and his departure from it. In using his art to confront his own condition Kantor can be seen to affirm the value of life even as it approaches the condition of extinction. In this sense Kantor eschews the negative endings of Kafka’s fictional heroes.