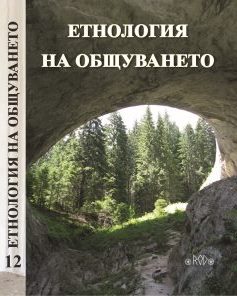 Summary/Abstract: In the eighteen-century Josiph Bradati, a monk from Rila Monastery, troubled by the wide spread of magic and divinations among Bulgarian population in the Ottoman empire, compiled several sermons against witches, sorceresses, and enchantresses. Focusing on the role of the localities in disseminating this message, the paper proves the active part of Samokov townspeople in supporting the Church anti-witch propaganda through both visual and textual media, by copying Josiph’s sermons and producing powerful images. The paper studies a late eighteenth-century collection of Josiph’s sermons copied by Peno Jovanchovich and the coaler Stoian Vakarelec from the town of Samokov (Sam.Mus.Hist. Slavo13). The manuscript belongs to the same textological version of Josiph’s sermons as the one presented in the miscellany NBKM 325, produced around the same period, most likely by one of Josiph’s disciples – Nikephor of Rila. However, in contrast to NBKM 325, Samokov manuscript exhibits more features typical of the spoken language (e.g. a wide use of articles and less case endings), and displays less preference to Church Slavonic lexis. Further to that, the town of Samokov played a crucial role in the antiwitch propaganda of Rila Monastery through the works of its local iconographers. While the didactic topics were characteristic of the religious art of the epoch (as was previously convincingly shown by A. Vassiliev, E. Bakalova and V. Dimitrov), the iconographic scheme “The visit to the witch” which first appeared in the works of Hristo Dimitrov in Rila Monastery, condemned particularly the magic activities and proliferated even further and bolder the message of Josiph’s sermons. Variations of this iconographic scheme were executed by Samokov masters, such as Zachariah Zograph, in monasteries and churches in south-western and central Bulgarian lands. The inspiration for the creation of the image “The visit to the witch” might have come from some of the abundant Western sources representing the witches, but its iconography has no direct resemblance with its Western counterparts, nor does it coincide with other anti-witch images produced by the iconographers from the village of Bansko.