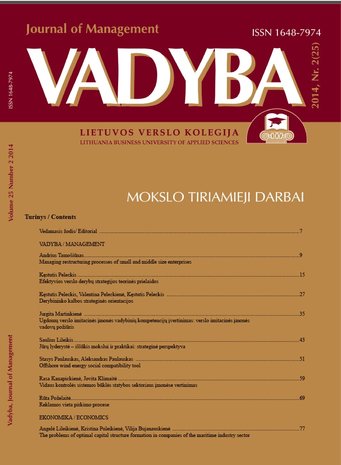 Summary/Abstract: For the evaluation of regional development are commonly used the social, economic, ecological and demographic indicators. The aim of this paper is to assess the development of regional disparities between Slovak regions in the context of selected socio-economic indicators: the unemployment rate (%), regional GDP in PPS (at current prices, EUR), average nominal monthly wage (EUR), the number of trading partnerships per 1000 economically active population, density of highways and motorways and the expenditures on research and development (EUR). For assessing the regional disparities in the contribution we use the calculation of Coeffitient of Variation and Gini coefficient. Observed preiod are years 2001 – 2013, depending on the data availability in regional databasis of Statistical office of the Slovak republic. For some indicators the observed period is until 2011 or 2012. The part of the analysis is the creation of correlation matrix between observed indicators and statistical significance of correlations is confirmed through the values of p-value. Based on the three types of regional typology, the output of the analysis is the ordering of the Slovak regions into the various cathegories.