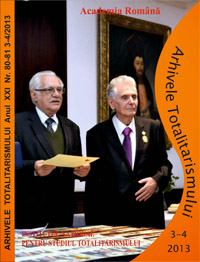 Summary/Abstract: After the signature of an armistice with the Allied Powers in September 1944, Romania simultaneously enters the era of the “fictitious coalition” and a process of political Sovietization, with the formation of Groza government in March 1945. The purpose of this research is to examine the effectiveness of the “democratization” within the Ministry of Foreign Affairs. The study sheds light on the obstacles which prevent the communist regime from installing its fideles in this institution. The career and civil servants jobs require specific skills and specific know-how: the new diplomats yet differ from the proletarian standards.