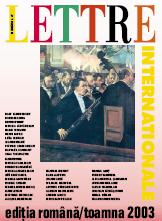 Summary/Abstract: The difficulty to talk about populism comes from the fact that the concept itself is deprecating, although for some it is synonymous with democracy. Starting from this dilemma, the author offers some notes on populism, giving examples of the concept as viewed by several political figures of our days.