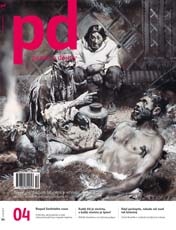 Summary/Abstract: A veteran of the anti-Nazi resistance, Miloslav Jebavý became one of the fi rst Czechoslovak citizens that the Communists sent to the gallows aft er their 1948 takeover. In his case it was for organising armed groups planning to join up to carry out an armed coup in March 1949. Their aim was to wrest power back from the Communist party and restore democracy.