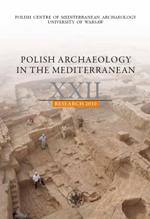 Summary/Abstract: The paper presents the results of archaeozoological analysis of bone remains from the 2009 season of excavations at Tell Arbid (in northeastern Syria). Animal husbandry proved to have been at the core of the animal economy at the site from the beginning of the 3rd millennium BC through modern times. The chief species at the start were small ruminants (50–80% of bones in the assemblage), supplemented later with pig (10–35%) and cattle (5–20%). Hunting and gathering mollusks were of minor importance. Equids were represented among bone remains from all periods. In the Khabur Ware period there was a shift in the animal economy from a stationary one based mainly on breeding pigs to pastoralism characterized by a growing share of small ruminants.