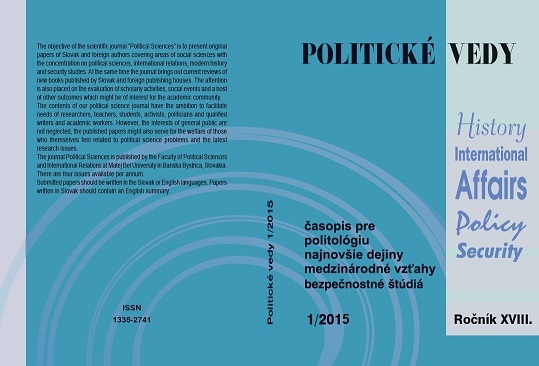 Summary/Abstract: This article presents an interpretative case study utilizing the concept of tutelary powers to analyse specific organisations in Czechoslovakia 1945-1948. Tutelary institutions are one of the key issues in contemporary discussions about transitions to democracy in Latin America. One of the major problems of the concept of tutelary institutions is their rather vague definition. This article presents a new classification to use it on organisations which had influence on the operation of the political regime in postwar Czechoslovakia. The political system of postwar Czechoslovakia was influenced by a whole range of specific factors, but among them, the most important appear to be the low level of civil liberties and political rights, along with the existence of actors outside the electoral system who were able to influence processes that were supposed to be under control of elected representatives. The range of tutelary actors analyzed in this article includes the Soviet Union, military counter-intelligence and various state security institutions. Though all of them appear to manifest the basic attributes of tutelary institutions at some time between 1945 and 1948, they also seem to bear some context specific features pointing at the complexity of the postwar situation, as well as at the limits of the concept.