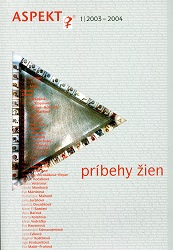 Summary/Abstract: In the European literature of romanticism women figures were the object of intimate desires of romantic heroes. They inspired passionate actions, overwhelmed reasoning, caused death, they were endowed with the access to the irrational, had the chance to see truths hidden to the eyes of rational men. However, Slovak poets from the period of romanticism didn’t pay much attention to women’s figures, when compared to their European counterparts. It seems that the women’s figures were to form a background for the heroic or historical acts of their husbands, sons and brothers. The author analyses the use of the bodily motifs in depicting women in the Slovak romanticist poetry. On the one hand, there is a group of women figures without individual motivation but with detailed bodily traits (face, eyes, lips, hands), on the other there are women without precise bodily depiction, though led by their individual desires and emotions.