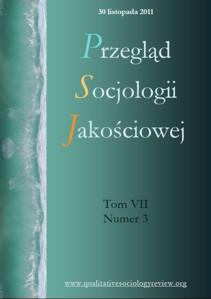 Summary/Abstract: This article focuses on women’s motivation to enter politics (5th Term of RP Parliament’s Office). Presented conclusions are part of the study on gender’s influence on performing the role of politician. The purpose of this article is to confront what women say with the theories concerning the common objectives in the selfishly motivated world. Firstly I describe Public Choice Theory.Then I comment on the research method and population characteristics, moreover I discuss the course of the study. The main part of this article presents motives of entering politics that were revealed by women-politicians. Women politicians declared different motives of entering into politics. I divided all revealed reasons into seven parts. The most frequently mentioned one was the desire to continue the career in Local Government at the central level. The second one was named by me willingness to help. There were also women that entered politics by other reasons, such as: the suggestion of significant others, challenge, et cetera.