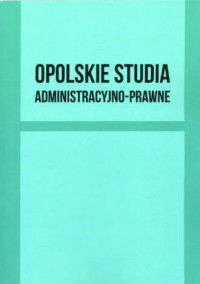 Summary/Abstract: In Rome, the problem of responsibility for legal defects of a commodity was not of a lesser importance than that in the case of defects of physical nature. An article sold was affected by a legal defect if the selling person had sold a thing belonging to another person, or the sold commodity was the selling person’s property, yet was burdened with a limited property right of a third party. The selling person who introduced such a commodity in the circulation bore the responsibility which would be called warranty today. In Roman law, the responsibility for legal defects was constructed on the principle of eviction which held when the buyer lost the purchased article in consequence of a court’s judgement acknowledging it to be the property of a third party, thus realizing the property law by means of rei vindicatio. The seller, by offering an article to the buyer and securing to the latter a steady possession and use of it, took upon himself a full responsibility guaranteeing that nobody would take the purchased article from them. This responsibility was, initially, accidentale negotii, that is it had to be specially uttered in the way of stipulation. At the moment when the emptio-vendito contract became a consensual contract giving rise to actio bonae fidei, the responsibility in terms of eviction resulted already from the very selling contract itself, and the purchasing person – without the need of a separate stipulation – could by means of actio empti claim full compensation from the seller in each case of eviction. If, however, the object of the sales contract were res pretiosiores or it related to purchasing slaves, the responsibility of eviction was still to be uttered. The buyer could choose either to use actio empti or enforce stipulatio duplae.