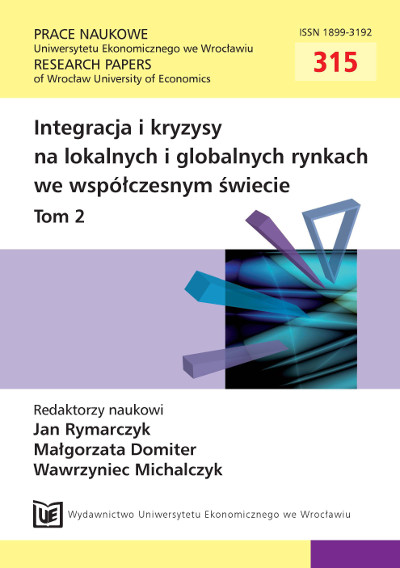 Summary/Abstract: This paper presents a brief overview of the impact of European integration on the international competitiveness of national economies in three fields: international trade, foreign investment and labour market, including the role of the economic crisis 2007+. We used a modified version of the classical concept of the “magic quadrangle” of competitiveness, i.e. the GDP growth rate, international trade (especially the current account situation), labour market (measured by the growth rate of unemployment) and inflation. The issue of inflation was presented briefly, because the transfer of responsibility for monetary policy to the supranational level of ECB means that inflation does no longer directly reflect the situation of the national economy. The aspect of foreign direct investment was revised because of its vital role in shaping the state’s economic situation. It is also one of the main fields of the direct competition of national economies. This paper assesses the impact of the first decade of the euro zone functioning on the national economies competitiveness till the outburst of the crisis. We also analyzed the impact of the crisis on the competitiveness of the euro zone and identified the economic problems that were highlighted by its outburst in the euro zone states.