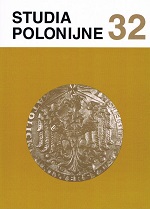 Summary/Abstract: In the 20th century Polish Discalced Carmelites joined pastoral service among Poles abroad. Numerous monks worked in the United States in the towns of Munster, Korona in Florida and in Chicago. In the first half of the 1980s they started work in Iraq. In the 1990s they organized pastoral service in Kuwait. In 2005 Carmelites marked their presence in Ireland by numerous initiatives, among them being a symposium that presented St RafaQ Kalinowski to the Irish and discussed the theological aspects of his spirituality. The presence of Polish Carmelites in different parts of the world was also shown during the celebrations of 400 years of presence of this order in Poland.