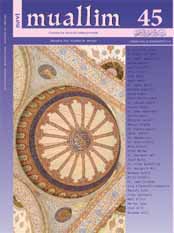 VODIČ KROZ IMENA ORIJENTALISTA
A GUIDE THROUGH NAMES OF THE ORIENTALISTS

Summary/Abstract: Arabic texts mainly do not pay an adequate attention to a precision in writings of the names of foreign origin, and this often causes incorrect reading of the same. Thus we may come across two quite different names written in a same way such as R(udi) Paret i R(oland) Barth become identical in the arabic text (ر. بارت). The couses of these imprecisions do not lay only in the variation of phonetic systems, but are rather caused by the influence of the mother tongue of the orientalist. In the texts written in European languages we also come across different spelling of the name of same person. This is evident in the following example where the same name is written differently in the texts concerning the same field of interest but in different languages: Dominicus Gundisalinus or Domingo Gundisalvo. This alone is an incentive enough to validate the efforts to try and offer in one place the list of the maximum possible number of the orientalists.