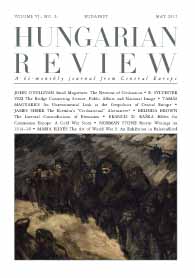 Summary/Abstract: The American approach to Europe in general, and to Central Europe in particular is more ambiguous than meets the eye. Europe was obviously downgraded in American foreign and security policy after the collapse of the communist regimes. The new challenges were located elsewhere, especially in the greater Middle East, Central Asia and the Far East. Moreover, the US very soon started to lose its hyperpuissance status (if in reality it ever had it), and a redistribution of power, especially in the economic and political fields, commencing with the rise of countries like China, India or Brazil highlighted the limits of American global power. Though the increasingly vast literature on American declinism seems to be partly unfounded, it is nevertheless true that Washington nowadays has to be more circumspect to cast its weight around in the world. The extension of the zone of democracy and the creation of a Europe “whole, free and democratic” ended with the admission of most of the East and Central European states in the late 1990s and early 2000s and the American-imposed armistice and peace in the Balkans in 1999. The new century then heralded a period of benevolent neglect in US–Central European relations, while under President Obama the region gradually became a “third-order” concern, though Ukraine has put Central Europe back onto the mental map of Washington policymakers again.