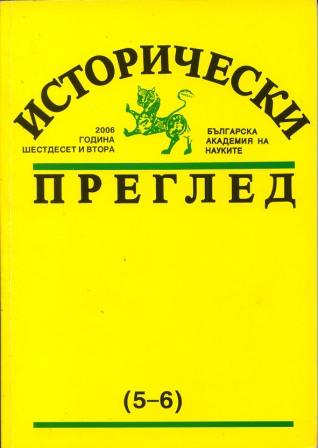 Summary/Abstract: In the present state of the Bulgarian economy the memory of Zhivkov.s time evokes nostalgia in many people. Bipolar are also the evaluations of the role of the Soviet factor in the country.s industrialization. For a large section of the Bulgarian dissidents Zhivkov was the main brake of Gorbachev.s perestroika. In the new historiography also gains ground the view that he was far more dogmatically thinking than the democrat Gorbachev. Does this view, however, refer also to Zhivkov.s economic policy? What was the role in and the personal responsibility of Bulgaria.s long-standing party and state leader for the uncontrolled drawing off of the national capital? The present study tries to answer both these and other questions directly corresponding to the causes for the failure of the system which had a fateful effect not only on the recent past but also on our present time. The study is based chiefly on the minutes of the meetings of the Politburo, kept in the Central State Archives. They reveal a number of details of the course of the economic reform in Bulgaria, of the influence of the Soviet perestroika on it and of the start of the hidden privatization. In this massif of documents are also the shorthand records from the meetings between T. Zhivkov and M. Gorbachev which shed new light on their relations and differences of principle.