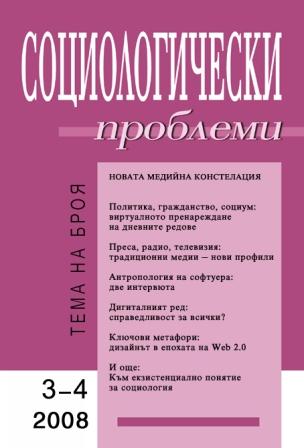 Summary/Abstract: Through the prism of the problematic of the praxeological approach in logic, this paper views the parallelism between, on one hand, Pierre Bourdieu's idea of a theory of the logic of practice and his requirement for a theory of the non-coincidence of theory and practice, and on the other, Heidegger's idea of an 'existential notion of science'. The author compares the concept of performativity in Heidegger (as indicated by the hermeneutical 'as') and in Bourdieu (in his critique of Austin). Against this background, the text of Bourdieu 'Economic Practices and Temporal Dispositions' is considered as an example of specific analysis of what Heidegger calls the 'temporal possibilities lying in the temporality of Dasein'; this text compares and contrasts two types of Besorgen (with all due reservations regarding the incommensurability - despite certain parallels - between Heidegger's existential analytic and Bourdieu's reflexive sociology), those of the traditional peasant and of the capitalist, differing in the temporal characteristics of the world to which the behaviour of the respective agents is oriented. Against this backdrop, returning to the beginning of the paper, the author discusses how Heidegger's 'existential notion of science' is related to his idea of a logic of the Logos rooted in the existential analytic of Dasein (§33 of Being and Time); this largely provoked Bourdieu's praxeological logic. Besides Being and Time, the proposed analysis is also based on Heidegger's 1925- 1926 lectures on logic.