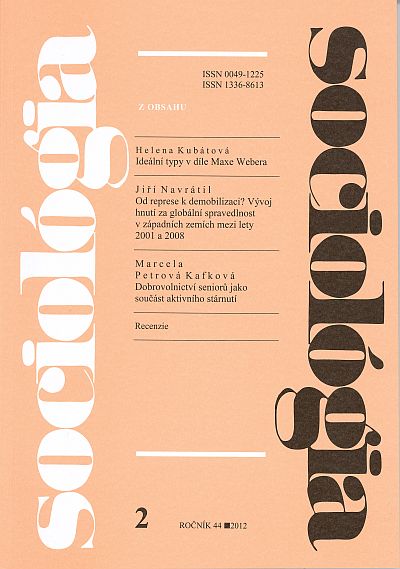 Summary/Abstract: From Repression to Demobilisation? Evolution of the Global Justice Movement in Western Countries between 2001 and 2008. This article focuses on the problem of evolution of Global Justice Movement (GJM) in Western countries after 9/11. First, it uses empirical data to examine the assumption of the demise of its mobilizing capacities and concludes that it is only the US branch of the movement that has declined, while the European one has continued to progress in the period under study. Second, it introduces a theoretical model explaining GJM evolution which is based on the concepts of political opportunity structure, social movement spillover and a multi-level repression against those that challenge political elites. After isolating non-relevant or constant factors, the paper deduces that it is the symbolic repression and the sudden change of the socio-cultural milieu after 9/11 that accounts for the different developments in GJM mobilizing capacities in North America and Western Europe between 2001 and 2008. Sociológia 2012, Vol. 44 (No. 2: 179-211)